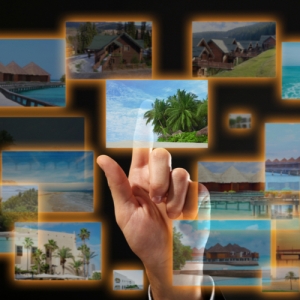 The streaming platform BroadwayHD offers a seven-day free trial, so theater fans can watch musicals like “Kinky Boots” and “Cats” and plays including “King Lear” and “A Doll’s House” from their couches. Performances range from Broadway productions to shows from London’s West End to regional offerings from American Conservatory Theater in San Francisco.

The Smithsonian Museum offers virtual tours of their current and permanent exhibits, and viewers can even take a look at a few of the past exhibits. Users can easily navigate between adjoining rooms of the museum and click on the camera icons for a closer look.

Virtual tours of other world-famous museums:

The San Diego Zoo has live cameras (as well as archived footage) that allow virtual visitors to see what the penguins, tigers, koalas and other animals are up to.

Other popular zoos with streams and other digital entertainment include the Cincinnati Zoo, Zoo Atlanta, Houston Zoo and Oregon Zoo.

Like zoos, many aquariums have live-streams to show off what their residents are up to. Monterey Bay Aquarium has cams for sea otters, jellyfish, sharks, penguins and more.

There are many unofficial YouTube videos that give viewers virtual experiences of Walt Disney World rides, such as Frozen Ever After, Pirates of the Caribbean and It’s a Small World. Google Street View has virtual tours of the parks, including Magic Kingdom and EPCOT.

Legoland theme parks have official virtual tours of the spaces and attractions as well.

Google Local Guides’s “Cherry Blossoms Around the World” virtual tour takes you to 10 sites of cherry blossoms that are recommended by locals who review places on Google Maps. Along with 3D looks at the cherry blossoms, there are descriptions of each site and reviews from local guides.

Discovery Education offers free virtual field trips complete with companion guides and hands-on learning activities. For example, kids can explore Polar Bears And The Tundra or take a look behind the scenes of the Johnson Space Center in Houston, Texas

Take a trip to Mars. Explore the surface of Mars on the Curiosity Rover. The site is in the middle of an update, but the 360 mode offers a great digital view.

Virtual tours of other historical sites: